After an extremely lucrative month in September 2017 where sales had increased 4.4%, DC area restaurants failed to find similar success a year later. September 2018 sales were down 3.38% year over year, giving back almost all of last year’s 4.4% growth. Last year, however, restaurants had 5 full weekends in September, whereas last month, one Fridayrolled into August. But that is not the whole story – the weather likely had a lot to do with this disappointing performance. In fact, it rained 580% (!) more in September 2018 than it did in September 2017 – about 162% more than a typical month of September. 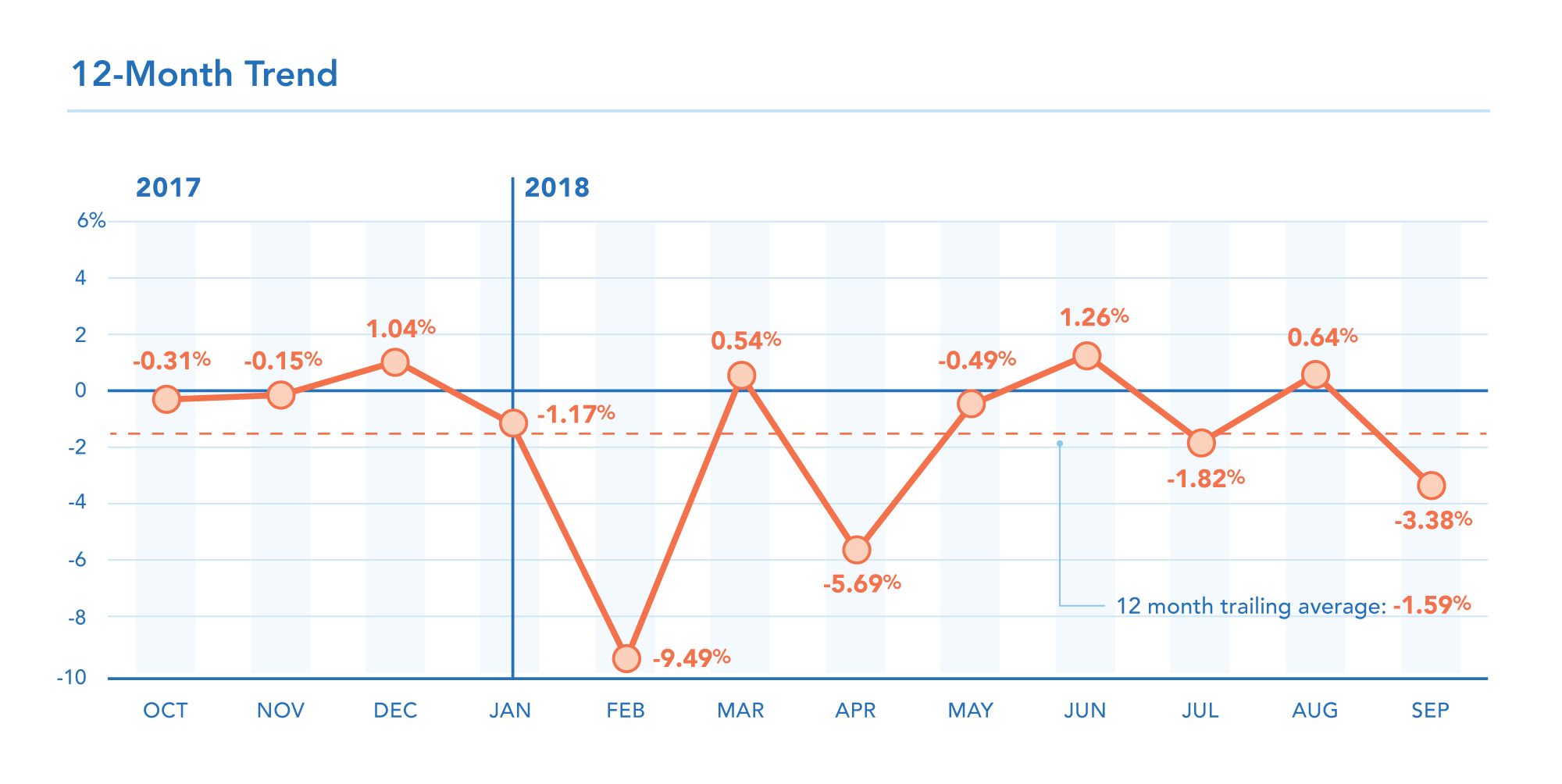 About these metrics: The MarginEdge monthly snapshot of DC Metro restaurant sales is based on a sampling of 100+ area restaurants ranging from fast-casual to full-service.