It was a year of ups and downs in the DC dining scene. On the plus side, fast-casual was a winner, climbing 0.34% for the 12-month period, up from 2018’s -0.18% for the year. In particular, March and June saw standout performances, with sales rising 5.48% and 4.22% respectively. For most of the year (10 out of 12 months), fast-casual performed better than fine-dining; with sales in positive territory for six of the past 12 months.

On the other hand, full-service might have to find comfort in its New Year’s Eve alcohol sales, which were a bright spot, ending an otherwise muted year. New Year’s Eve saw a sparkling 4.52% pop in drinks sales, compared to New Year’s Eve 2018.

Overall sales for the rest of December, like the full year, were all down. Full-service year-over-year sales were down -3.23%, which weighed down DC’s overall dining sales performance for 2019 to -2.54%. Although sales were down this past December compared to last, the drop can partly be chalked up to the compressed holiday season after Thanksgiving, with only three December Saturdays before Christmas, compared to last year’s four.

Looking ahead, 2020 is an election year, so the hospitality industry should expect a bumpy 12 months, with traditional slowdowns in the run-up to the November election through Thanksgiving, with things picking up again in the lead-up to January’s inauguration. 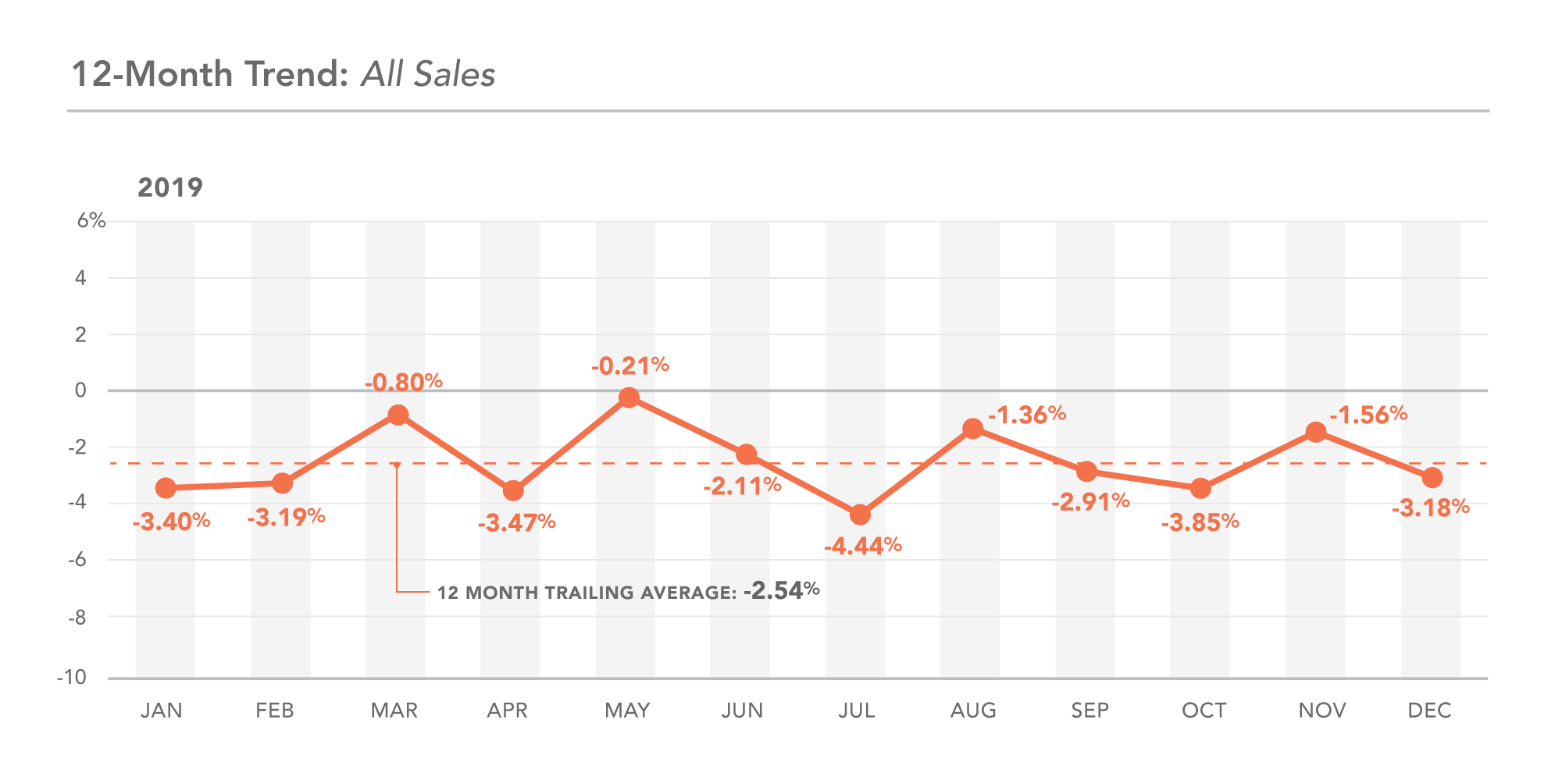 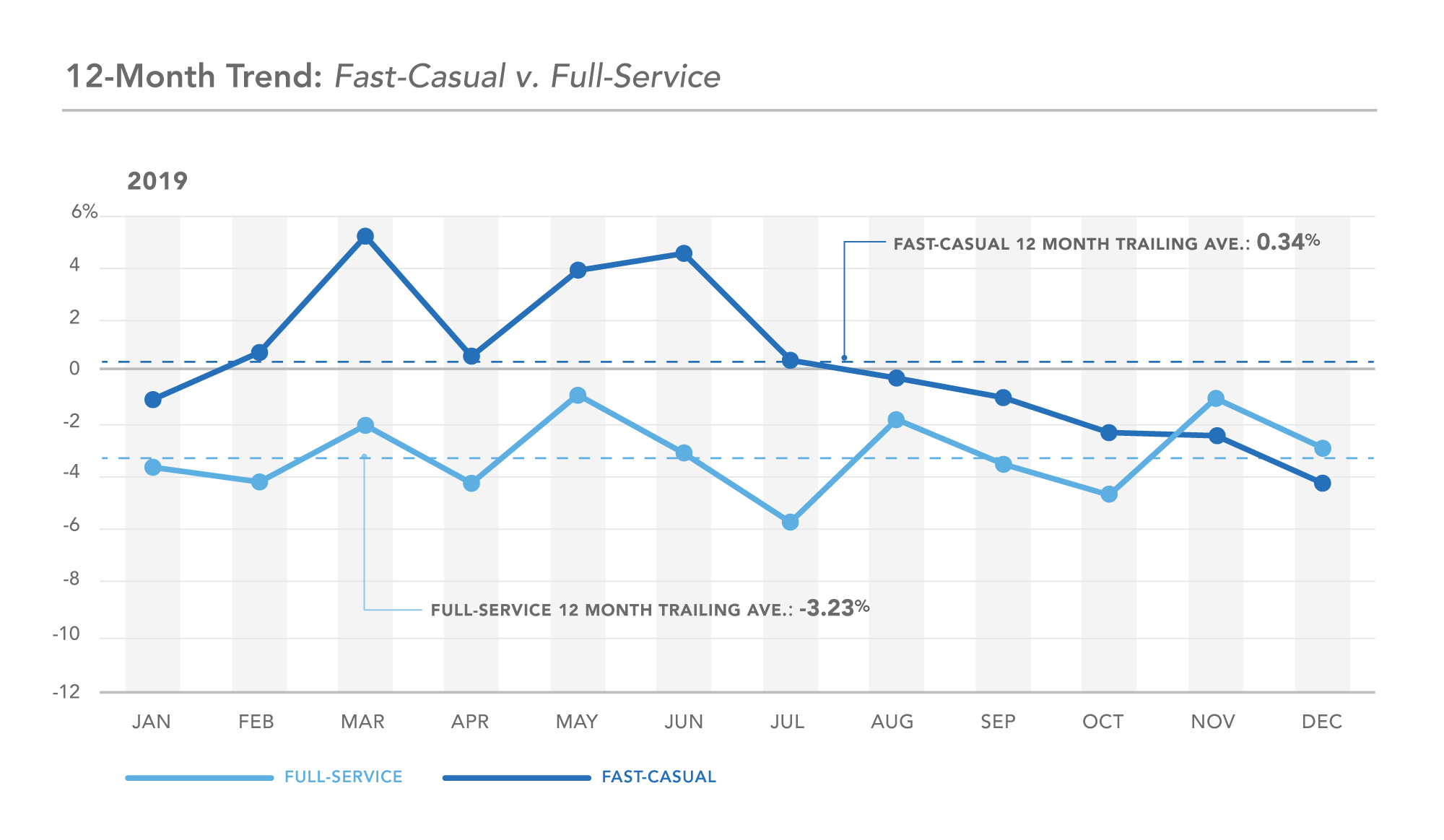 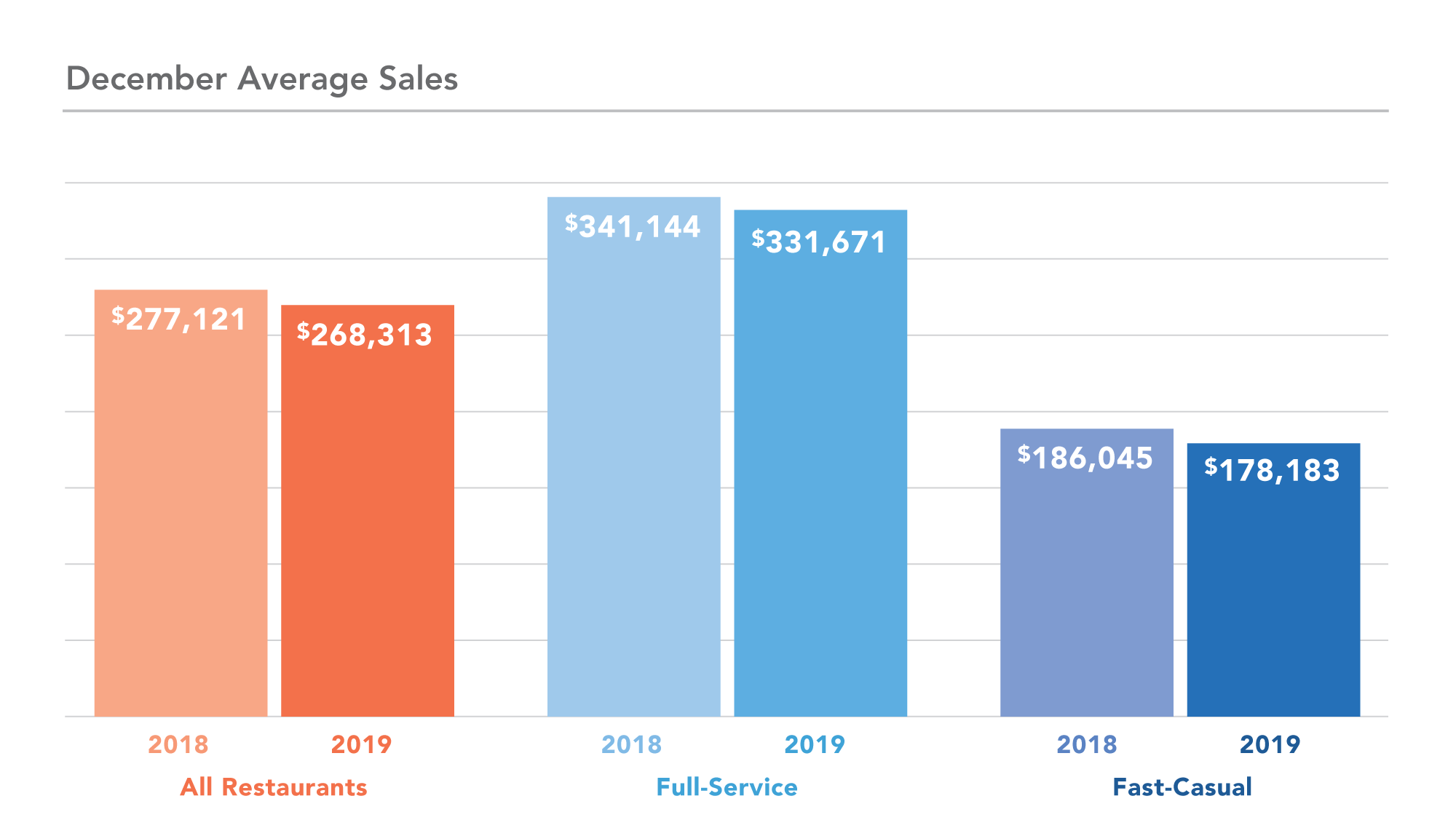 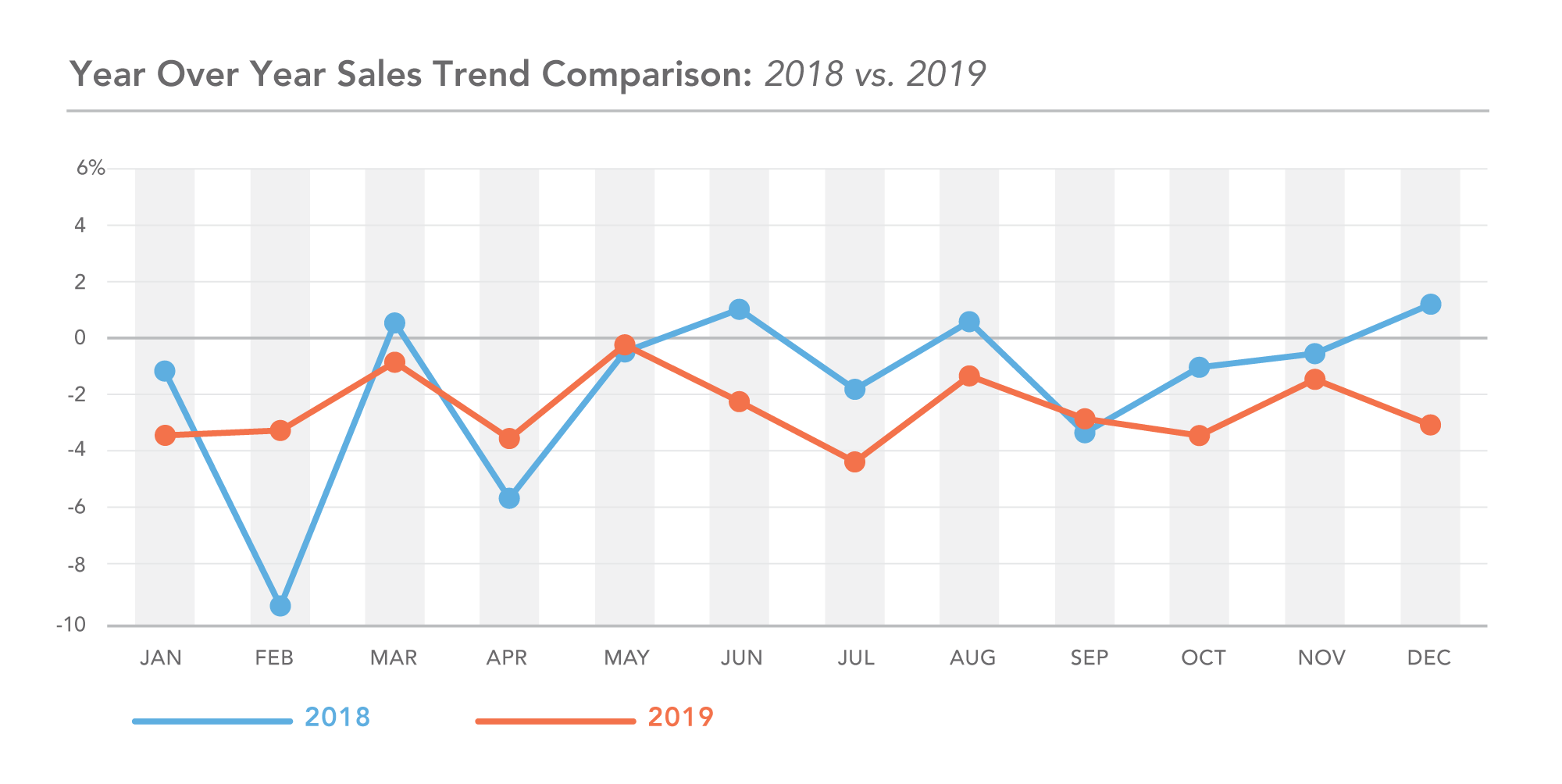