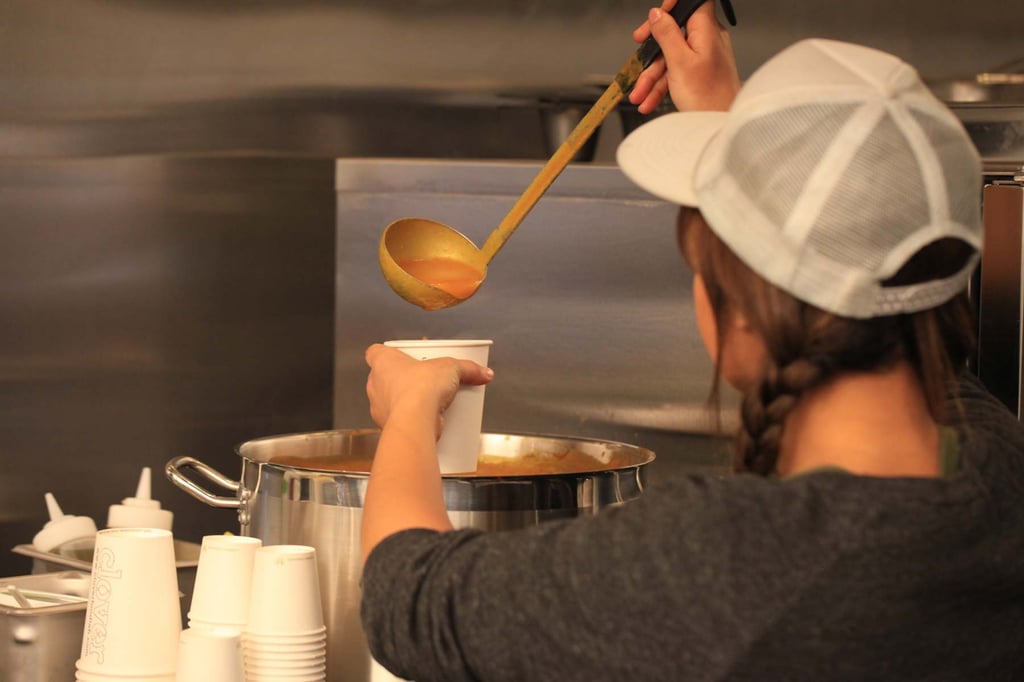 MIT grad and environmentalist Ayr Muir didn’t grow up with dreams of owning a successful fast casual restaurant. But after discovering the devastating effects the meat industry can have on the environment—it’s one of the top three contributors to harmful greenhouse gas emissions—he took his passion for sustainability and turned it into a way to satisfy the masses.

In 2008, Muir launched the first Clover Food Lab food truck— one of Boston’s very first food trucks—in an attempt to prove that a veggie-forward concept could thrive in this meat-loving land. Within six months, Muir knew he had something special on his hands. He built up a fleet of a dozen food trucks over the next few years before opening his first storefront location. Today, the company boasts 11 brick-and-mortar units across the greater Boston area, serving up a meat-free menu of high-quality, seasonal ingredients sourced from local farmers and purveyors.

Not everything’s better by hand

Nearly a decade after the first Clover food truck made its debut, the company transitioned to using MarginEdge software in the summer of 2018. Prior to the partnership, the Clover team was stuck processing all of its invoices manually, entering invoices one by one into its accounting software to track what items were being ordered, as well as the quantity and cost of each.

Unsurprisingly, this task was time-consuming, bound to result in human error and—perhaps most importantly—provided little opportunity to actually analyze the data the team was inputting. “In utilizing MarginEdge, now all invoice entry is happening more efficiently, and we have great reporting tools in the platform, as well as the ability to export information to further dissect it on our own,” says Director of Finance Nate Berkowitz. “We’re able to get all of that information in a more organized manner, and we know it’s accurate.”

Clover is dedicated to using the information from MarginEdge to guide their business and strive for continuous improvement. Armed with information from the platform, Clover’s COO, Vice President of Food and an internal data analyst meet each week to review the prior week’s results, examine trends and implement new procedures that enhance efficiencies.

“The ingredient usage data has probably been one of the most useful things for being able to make quick decisions on products and how we’re managing them through the production cycle to improve our food costs.”

Berkowitz says one of the most useful aspects of the MarginEdge platform is having the ability to track Clover’s ingredient efficiency on a near real-time basis. “It’s being able to say, ‘We purchased this much of this product, we’ve used this much of this product, here’s what we still have on hand and here’s what our efficiency is for that product,” he says, adding that Clover now uses MarginEdge to aggressively track 15 key value items per week. The team uses the findings to adjust specific in-store procedures that enhance ingredient usage and—in turn—save money. “The ingredient usage data has probably been one of the most useful things for being able to make quick decisions on products and how we’re managing them through the production cycle to improve our food costs.”

Before MarginEdge came along, Clover did have a process for tracking ingredient expenses—just not one that was fast enough to make the quick decisions Clover needed to steer the business.

“We would produce a monthly P&L that would tell us what our food cost was for the month, but that could be anywhere from two to four weeks after the end of a period,” Berkowitz says. But with MarginEdge, Clover can now see its food costs shortly after the close of the prior week. “We’re able to make much better and faster decisions because we have the information in a more timely manner,” he adds.

Because Clover relies so heavily on fresh, seasonal ingredients, being able to use MarginEdge data to time menu and ingredient rollouts in a way that corresponds with seasonal price fluctuations has led to dramatic food cost savings as well. “We have seen important improvements in our food cost management ability since we implemented the platform, and we 100% equate that to the information we’re getting out of the MarginEdge system,” Berkowitz says.

Not only does Clover turn to MarginEdge for food cost and usage tracking, but they are also able to make recipe changes across the company by using the software to identify how individual locations are utilizing ingredients.

Recently, the brand changed the spec on its tomatoes, switching from one that was about 1.5 inches in diameter to another that was closer to 3 inches. Using MarginEdge data, Clover discovered that some units were no longer adding the right amount of tomato to each sandwich.

“We were able to drill into that a little bit with a couple of the operators and realized that we needed to update their procedure,” Berkowitz says. In other cases, Clover has used MarginEdge data to pinpoint opportunities to improve ingredient efficiencies while maintaining the quality, integrity and deliciousness of the dish.

“We’re able to make much better and faster decisions because we have the information in a more timely manner.”

Though Clover now boasts 11 brick-and-mortar locations, the fast-casual concept counts on its commissary kitchen to produce much of the food sold by each unit. Prior to MarginEdge, the commissary and store ordering was mostly manual. “But now we’ve been able to leverage the ordering features in the MarginEdge system to make that process much more accurate and much easier for the operators to order from our commissary,” Berkowitz says. “The online ordering feature has been really helpful to us in that regard.” 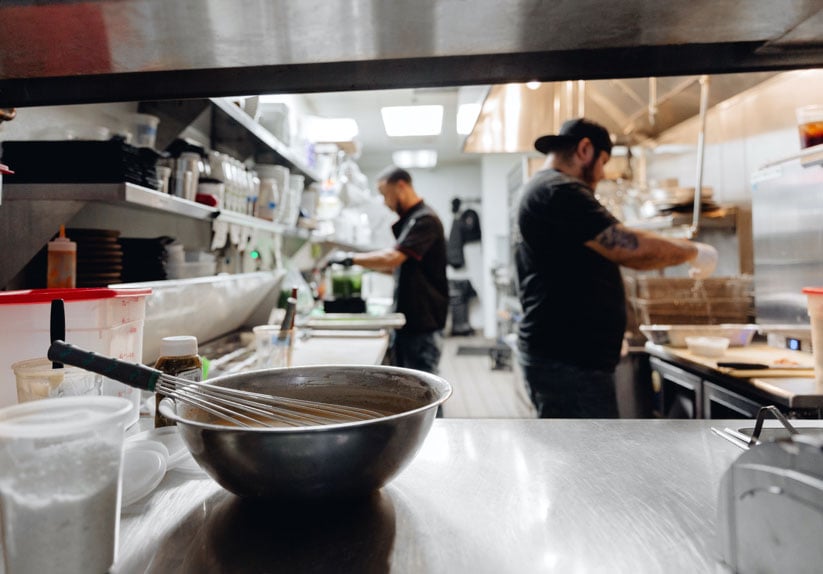