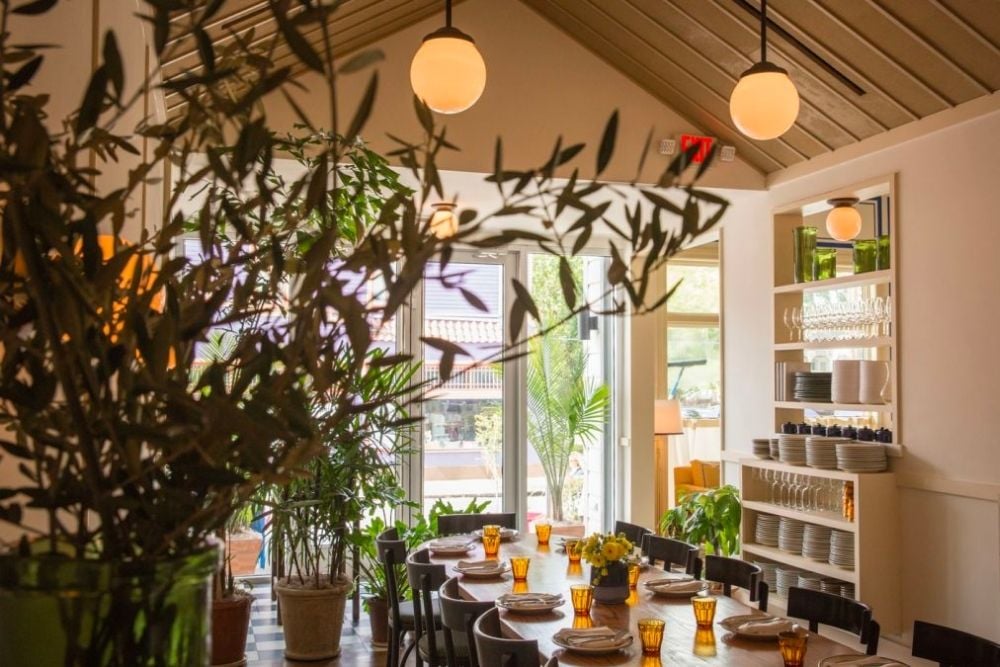 Just like so many restaurants in our industry, Pomegranate Hospitality had to get creative to remain profitable throughout the pandemic. We had a chance to speak with Amanda Quintal, their Director of Operations, about how her team leaned on the real-time data from MarginEdge to make countless, pandemic-induced decisions and empowered their operators to stay agile as the world continued to change.

Pomegranate Hospitality, owned by Alon Shaya’s cuisine,  has two restaurants – Safta in Denver and Saba in New Orleans. Both have Israeli-focused menus influenced by Yemen, Syria, Morocco, and Greece – which means a lot of hummus, eggplant, lamb, and a fresh take on cocktails (we’re talking pickled onion and saffron!). In addition to running their restaurants, their team also has a consulting arm of the business.

Amanda cut her teeth in the restaurant industry while working for Union Square Hospitality Group’s Shake Shack on their way from two locations to 80. “We were a small little hamburger shack when I started as a manager,” she recalls. Amanda saw systems implemented that allowed Shake Shack to grow in size, profitability, and efficiency. When she joined Pomegranate Hospitality, the metaphorical bar for back-of-house practices was set high.

“It’s part of our culture to empower our management team to make decisions. With MarginEdge, they have the tools to not only understand what it means to manage the floor, but to really manage the entire business as if it’s their own.”

Which led her to implement MarginEdge at Safta and Saba in January 2020. Amanda’s team was already seeing value as they began using the software, but when the pandemic hit two months later, the benefits became really clear as they began to navigate the crisis. “We were able to make way smarter decisions than we would have been able to while using different systems,” Amanda tells us.

When sh*t officially hit the fan and dining rooms closed, Amanda and her team immediately pivoted from a dine-in menu to items that could be picked up or shipped. The Recipe tool in MarginEdge truly proved its worth because while they previously knew their costs on dishes served in house, they needed a quick way to know their costs on the new items sold in different quantities, with packaging materials and shipping costs.

“With the Recipe tool, we can actually feel confident that we’re making money on our items. In the past, we would have just scrambled to put something together and it would have taken hours in excel to actually figure out total costs and margins.” Amanda notes. “Honestly the Recipe tool has saved us this year from a profit perspective. Even with the pandemic, we’re still making money because we’re running costs on items.”

MarginEdge’s inventory feature has been another huge help in managing food costs. With MarginEdge, taking inventory is a much lighter lift due to the ability to customize count sheets on a tablet, update pricing automatically, and export the data to accounting, making it possible for Safta and Saba to do inventory regularly and make their analysis actionable. “Analyzing changes in inventory has been really helpful from a cost perspective.” Amanda mentions.

“We were able to make way smarter decisions than we would have been able to while using different systems.” 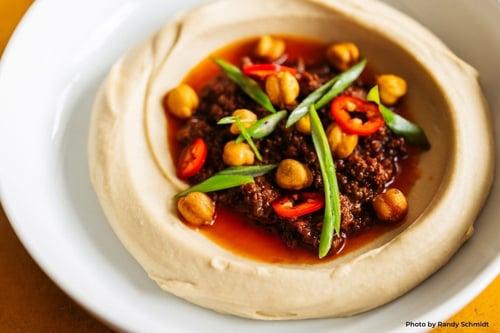 Amanda and her team have also been huge fans of the budgeting tool. “Our GM’s look very closely at the budget tracking – it helps them mange their more controllable costs especially smallwares, kitchen supplies, and decorations to really see where we’re trending in a quick snap shot.” In fact, both GM’s have around 35 budget categories in MarginEdge to get really granular about everything they are tracking.

Pomegranate Hospitality has continuously saved money by using Price Alerts – MarginEdge triggers an email to Amanda’s team if any product prices look off so they can reach out to vendors and rectify the transaction. Mistakes happen! “Even with reliable vendors, locked in prices, and a consistent menu, we use price alerts to show us human error – whether something’s entered incorrectly, or we have the wrong pack size or something.”

Amanda loves that MarginEdge is easy for her and her team to use. The software even knows their accounting periods and weeks, which is a huge help when you’re quickly trying to search ‘last week’ and MarginEdge knows your week is Wednesday to Tuesday. You don’t have to always type in a custom date range. “It’s really easy to search by timeframe in MarginEdge, more so than in other systems we use,” Amanda tells us.

“Our GM in Louisiana looks very closely at the budget tracking – it helps her manage her more controllable costs especially smallwares, kitchen supplies, and decorations to really see where we’re trending in a quick snap shot.”

Amanda has seen tremendous improvements in running their business since starting up with MarginEdge, “Before MarginEdge, we were using excel to store everything and relying a little too much on feelings and hope. Using MarginEdge helped us tighten up and start making more strategic decisions, which has become especially crucial in the face of the pandemic.”

Big added bonus – MarginEdge has played a role in educating Pomegranate Hospitality’s team members on how to run a successful restaurant – while they’re with Pomegranate Hospitality and after. “It’s part of our culture to empower our management team to make decisions.” Amanda says. “With MarginEdge, they have the tools to not only understand what it means to manage the floor, but to really manage the entire business as if it’s their own.”

It’s clear that Amanda and her team are an impressive group of operators, creative and nimble in the face of uncertainty and generous with what they have learned along the way. The MarginEdge team is so grateful to Amanda for sharing her story and thrilled that we can be a part of Saba and Safta’s path forward.

If you want to know more about Amanda, their restaurants or learn more about Pomegranate Hospitality’s consulting opportunities please visit: pomhospitality.com/consulting