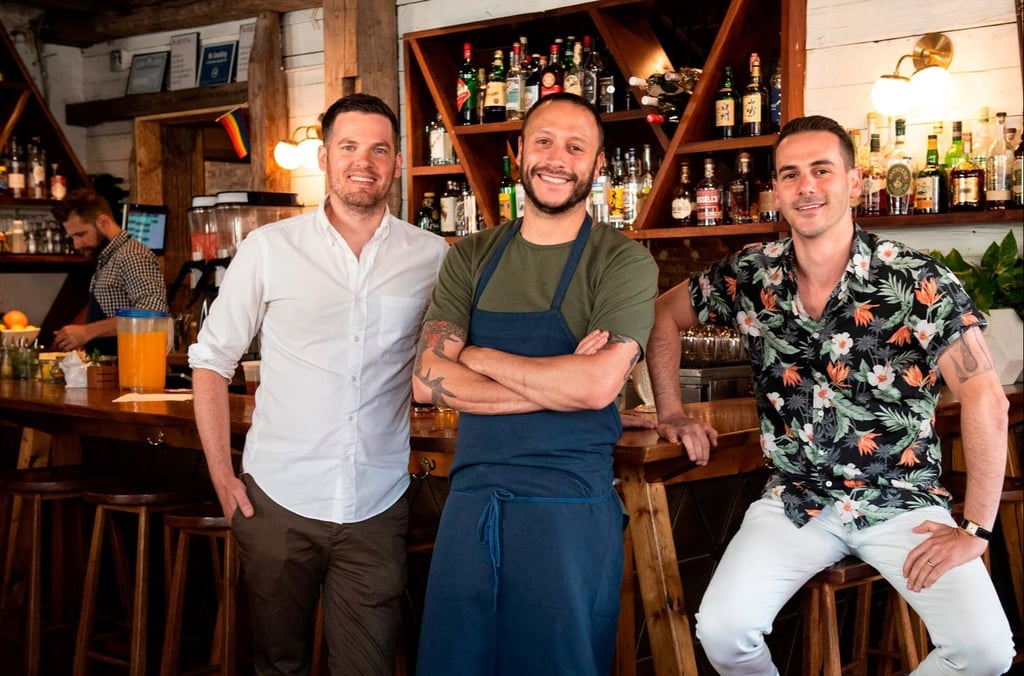 Three stories tall, open all day, and boasting a sidewalk café and takeaway window, Sunday in Brooklyn is one of the borough’s most ambitious restaurants. Independently owned and operated by co-founders Todd Enany, Adam Landsman, and chef Jaime Young, the industry veterans aim to offer upscale service and inventive New American fare in a variety of settings at an approachable price point. Since opening in November 2016, Sunday in Brooklyn has earned rave reviews from The New York Times, Eater, The New Yorker, Grub Street, and many other outlets. The restaurant’s partnership with MarginEdge has helped drive down costs, push up profits, and prepare them for expansion.

Enany cut his teeth working for mid-level and large multiunit restaurant groups, including Major Food Group, Emm Group, and Cheesecake Factory. Those businesses relied on large, clunky restaurant software systems that blended both operations functionality and accounting systems. Enany knew those systems would be a poor fit for a single unit or small restaurant group. Not only did they require huge investments of time and resources, but they also required completely swapping-out the restaurant’s accounting system. It had been a daunting task to implement these systems for larger corporations; it would be nearly impossible for a smaller operation.

MarginEdge was the perfect solution. It was quick and easy to implement and didn’t require changing accounting systems. MarginEdge offered Enany fast and accurate invoice input and coding, real-time recipe costing, robust theoretical pricing, and seamless integration with both the POS and his accountant’s existing software.

“Every moment along the way, we were gaining new information from MarginEdge that motivated financially beneficial changes in our operations”

The restaurant team began working with MarginEdge in early 2018. Suddenly, invoice processing and coding was a painless procedure that took only a fraction of the time and came with significantly higher accuracy rates. Enany had previously relied on the restaurant’s accounting firm to do this work, but the information always lagged by 7-10 days. MarginEdge was providing him and his team with information and analytics on a daily basis.

To really take advantage of the software, the team input into the system all the recipes from the kitchen, bar, and coffee shop teams. “I never would have been able to get those recipes done without the software,” admits Enany. “It would have been an unwieldy Excel spreadsheet lacking any of the bells and whistles MarginEdge offers.”

Then they identified all the high cost ingredients. Surprisingly, they weren’t what they thought. Some produce, such as avocados and specialty lettuces, turned out to be just as pricey as some proteins.

Based on this survey through the MarginEdge software, ingredients and portion sizes were examined and prices were adjusted to ensure target costs were in line. “We looked at every item through MarginEdge,” says says Enany. “Our goal was to increase quality and value for our guests while helping our bottom line. That was a moment of real savings.”

The next order of business was to use the theoretical pricing functionality. That was equally eye opening. For example, black cod’s volatile price and quality made it an untenable standard menu item, so it got 86’ed from the lineup.

The biggest a-ha moment came when they examined the coffee program, which had originally been priced based on comp sets at other local coffee shops. However, after tracking product pricing in MarginEdge for some time, it became clear that Sunday in Brooklyn was paying more per pound for beans than their market survey originally suggested. Not only did they adjust their menu pricing, but they went back to their vendor and negotiated stronger discounts for further savings.

“Every moment along the way, we were gaining new information from MarginEdge that motivated financially beneficial changes in our operations,” says Enany. “Also, MarginEdge opened up a conversation about costs and pricing that wasn’t there before.”

Enany could not be happier with the results. He budgeted a 25.2% food cost. However, directly because of the data and analysis offered by MarginEdge, he hit a 24.2% food cost – HUGE SAVINGS!

Enany and his partners are expanding their holdings over the next two years with plans to open several restaurants. “So it was important for us to understand what we were selling,” he says. “MarginEdge’s dynamic recipe costing allows us to understand what’s happening on the plate and how it affects the bottom line,” says Enany.

The company considers its relationship with MarginEdge a win-win partnership. MarginEdge is integral to both the expansion of the business and the overall optimization of profits.