No surprise, but the Nationals winning the championship delivered a huge boost to dining around Nats Park. It was a home run for neighborhood restaurant sales over the period covering the three home games plus the thrilling Game 7 watch party at the stadium. Compared to the same period last year, full-service was up by an eye-popping 218%, and fast-casual saw a nice 17% uptick. It’s reckoned hosting the Astros will bring in $6.5 million overall for the city’s hospitality industry, and it’s nice to see local eateries seeing their share.

Elsewhere, the bigger picture in the nation’s capital for the month wasn’t quite as rosy. Year-over-year sales in October were down -3.85%, with both full-service and fast-casual seeing a drop of -4.65% and -2.14% respectively. This means trailing 12-months sales are down to -2.04%, just a little lower than last month. 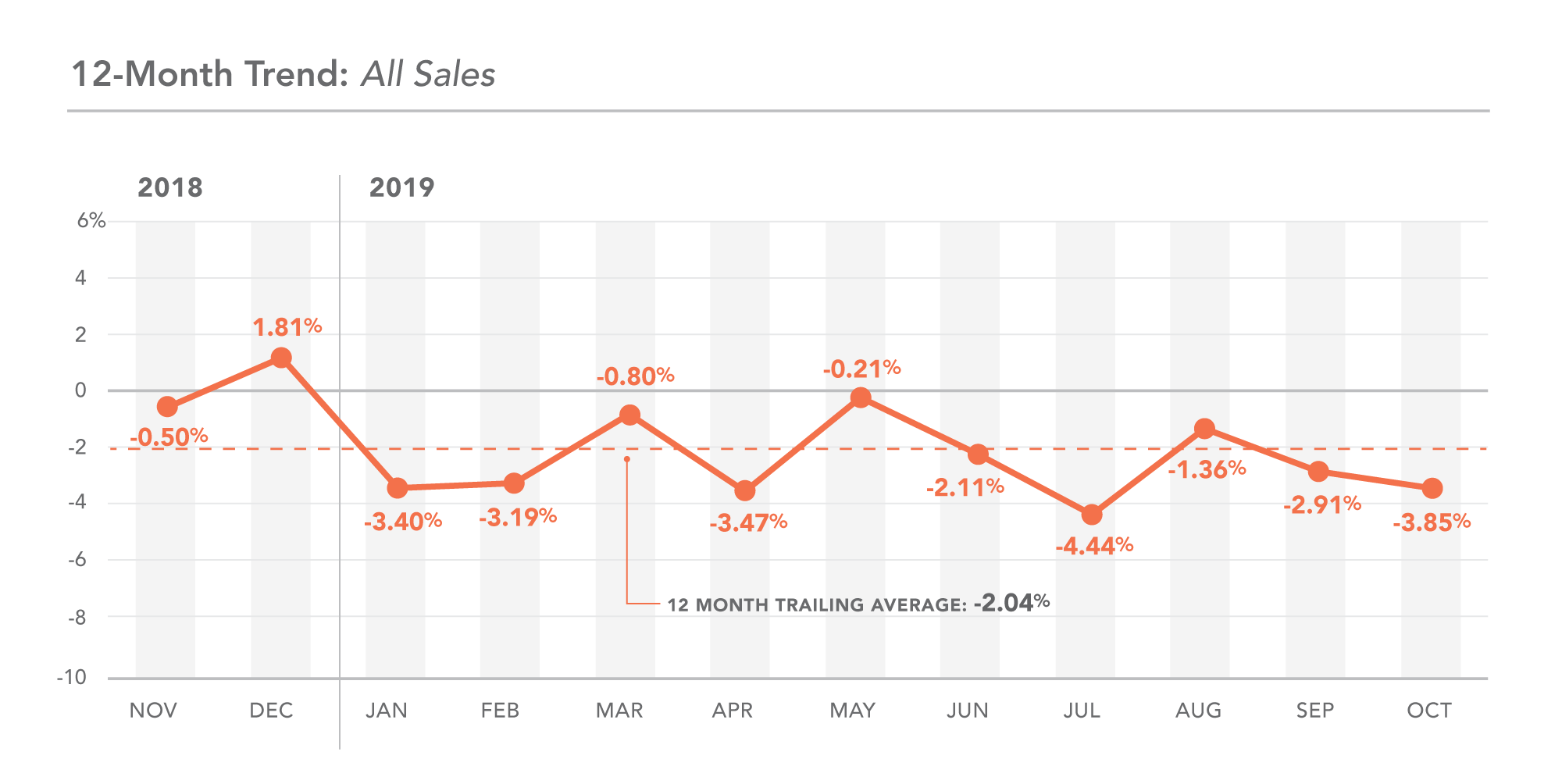 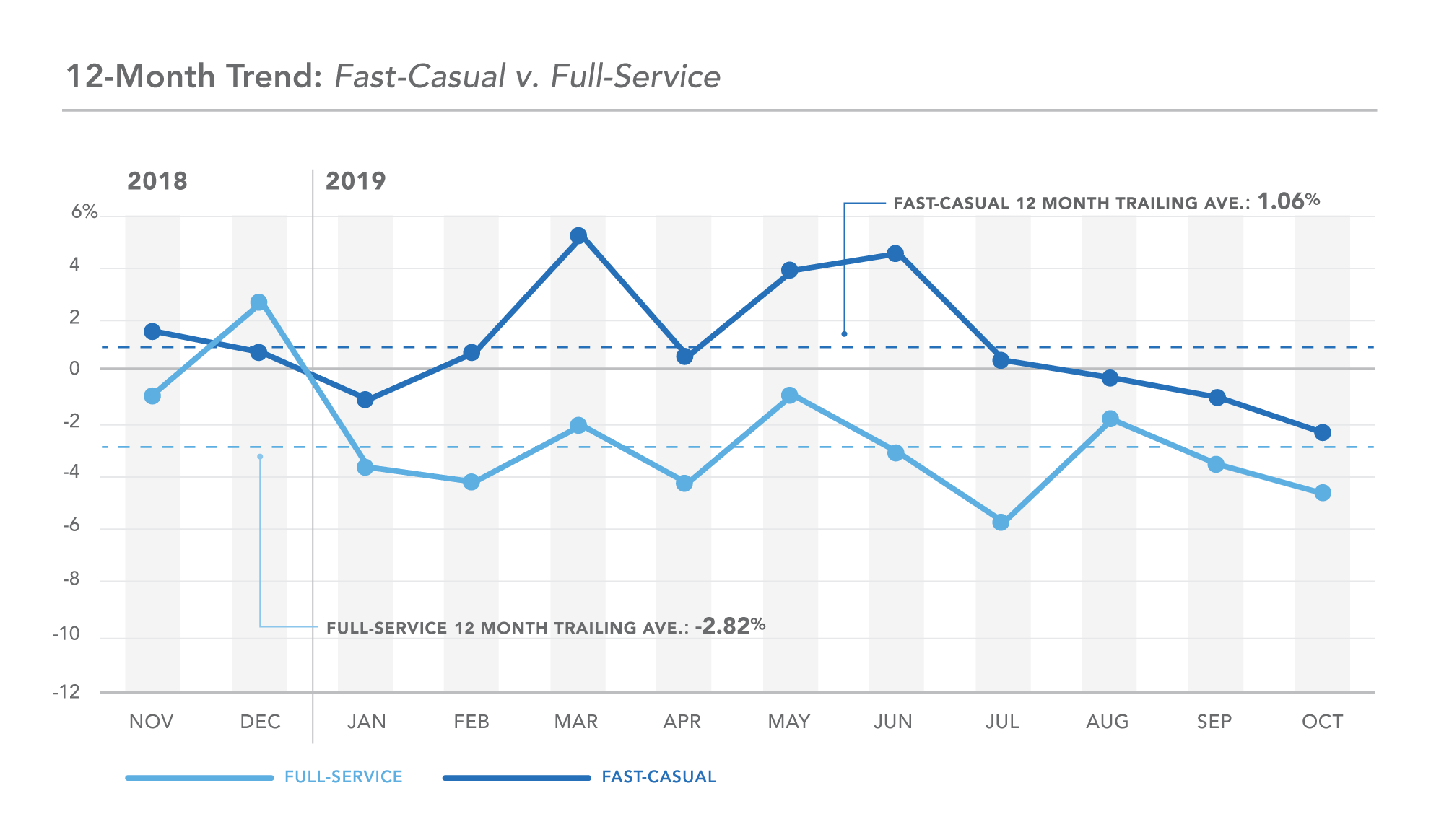 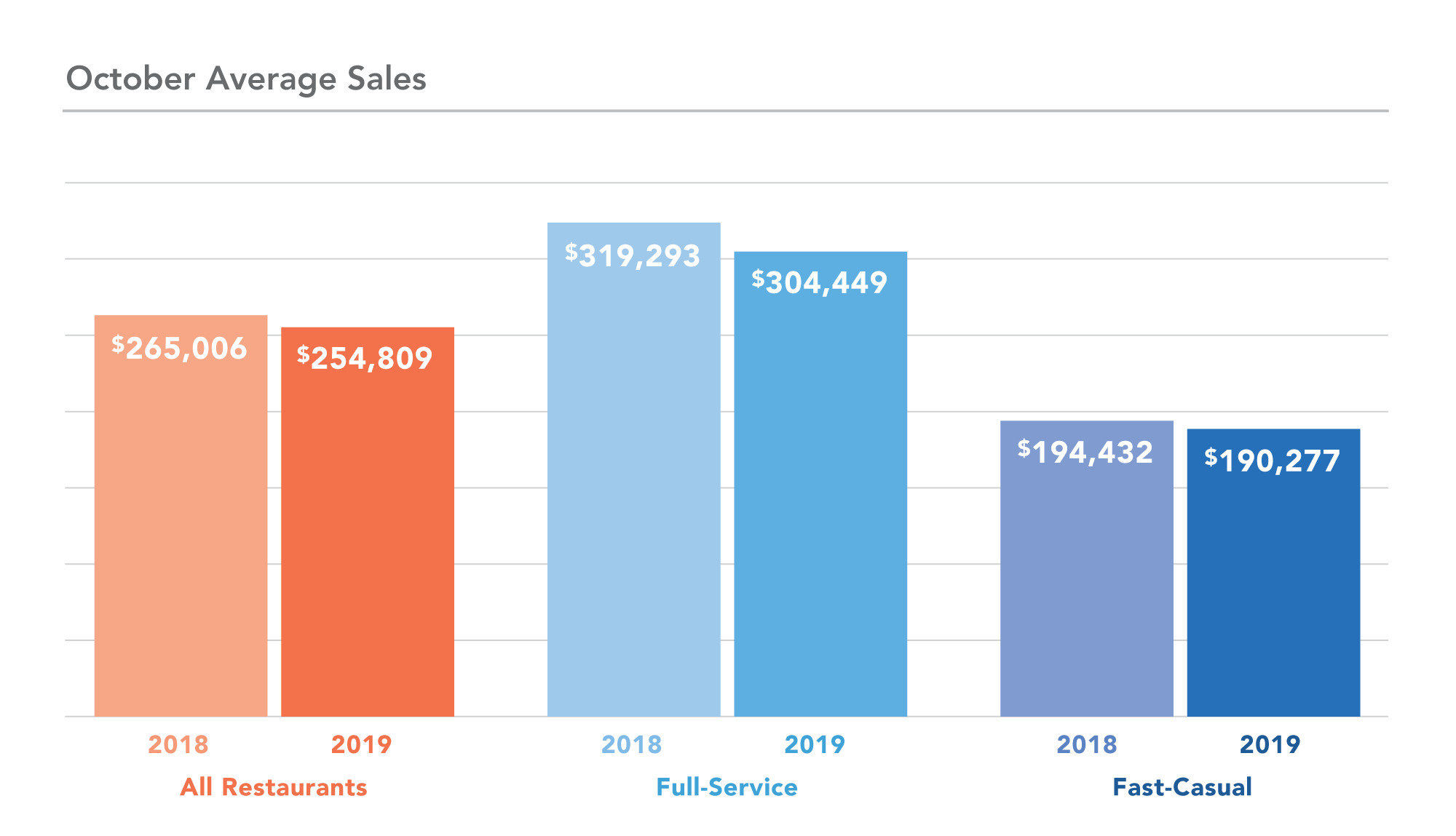