Everyone Loves a Parade

The Washington National’s first baseball World Series title was also a win for restaurants around the parade route on November 2nd. Fast-casual dining was popular amongst hungry parade goers delivering a nice 6.61% sales pop to businesses in the area compared to the same Saturday last year.

However, fast-casual for the month of November, still saw a -2.31% drop in sales compared to 2018, the worst month of the year for the category. Still, fast-casual’s trailing 12-month average is up 0.74%, confidently beating its full-service rival.

Full-service was down -1.07% this month, but it’s worth noting that the moderate decline was at the top end of the category’s 12-month performance. It’s also the first month in nearly a year that full-service has outperformed fast-casual in terms of year-over-year growth.

Coming into the homestretch of 2019, average restaurant sales in the DC area for the trailing 12 months show a decline of -2.12%. 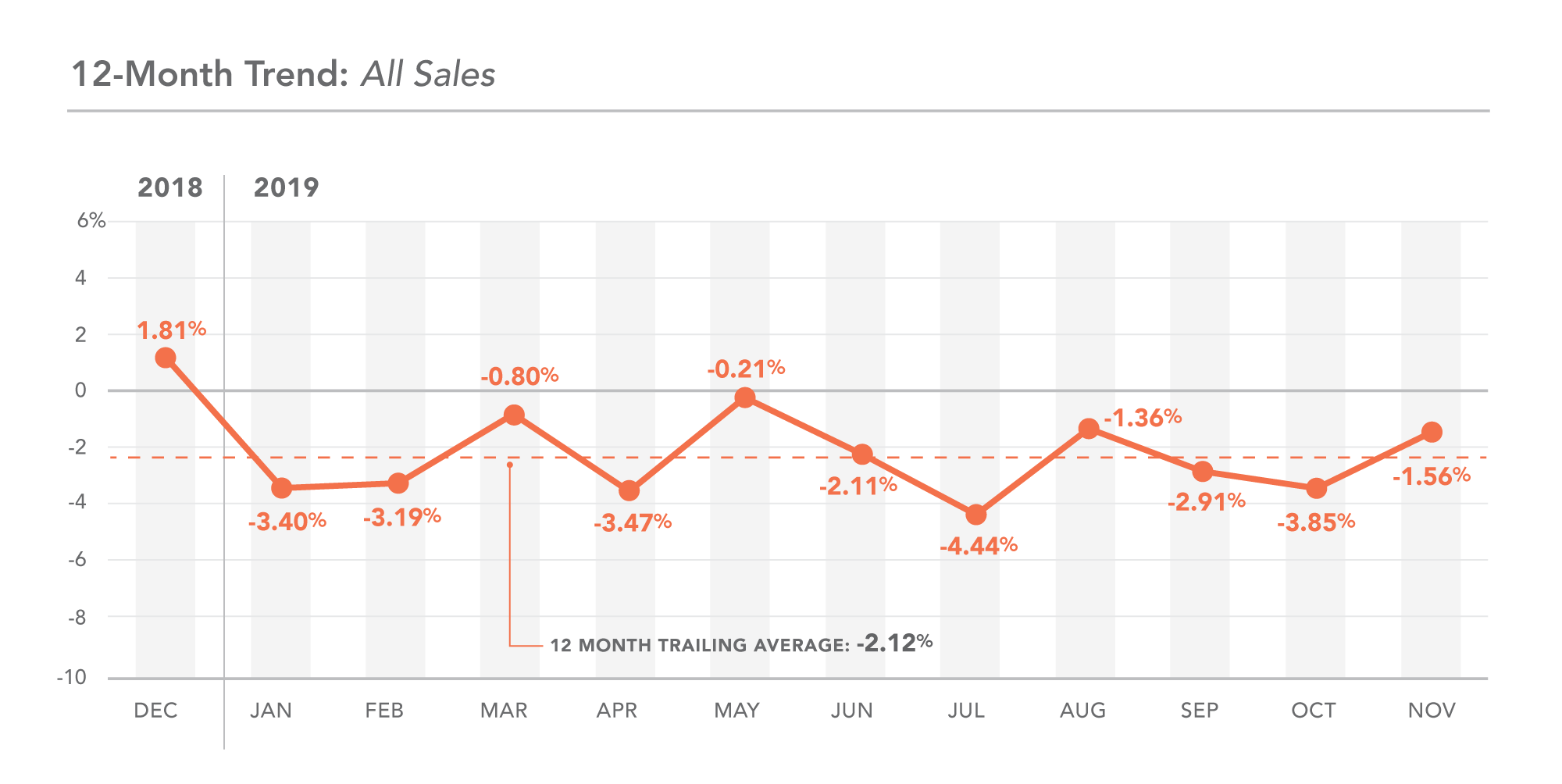 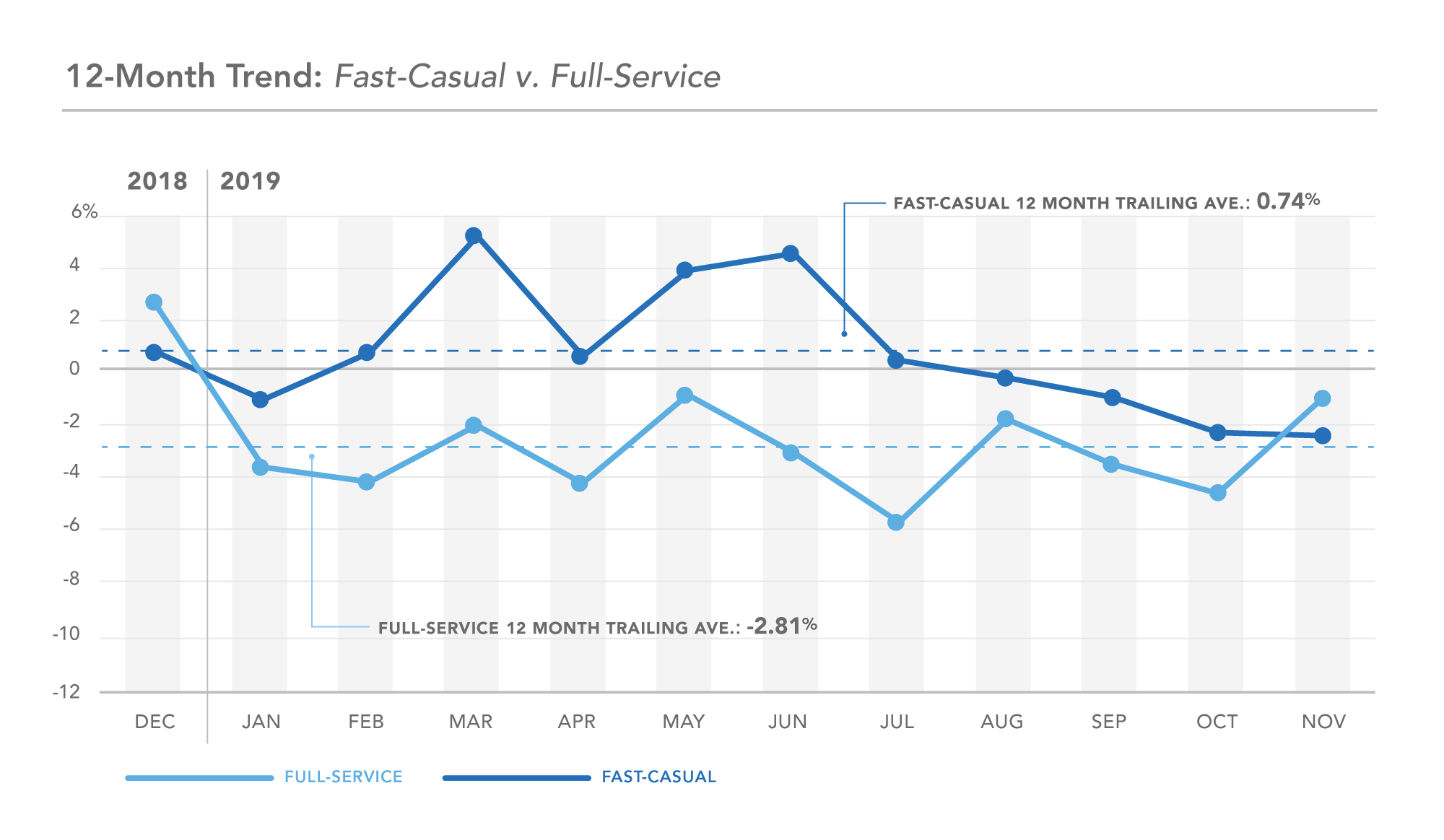 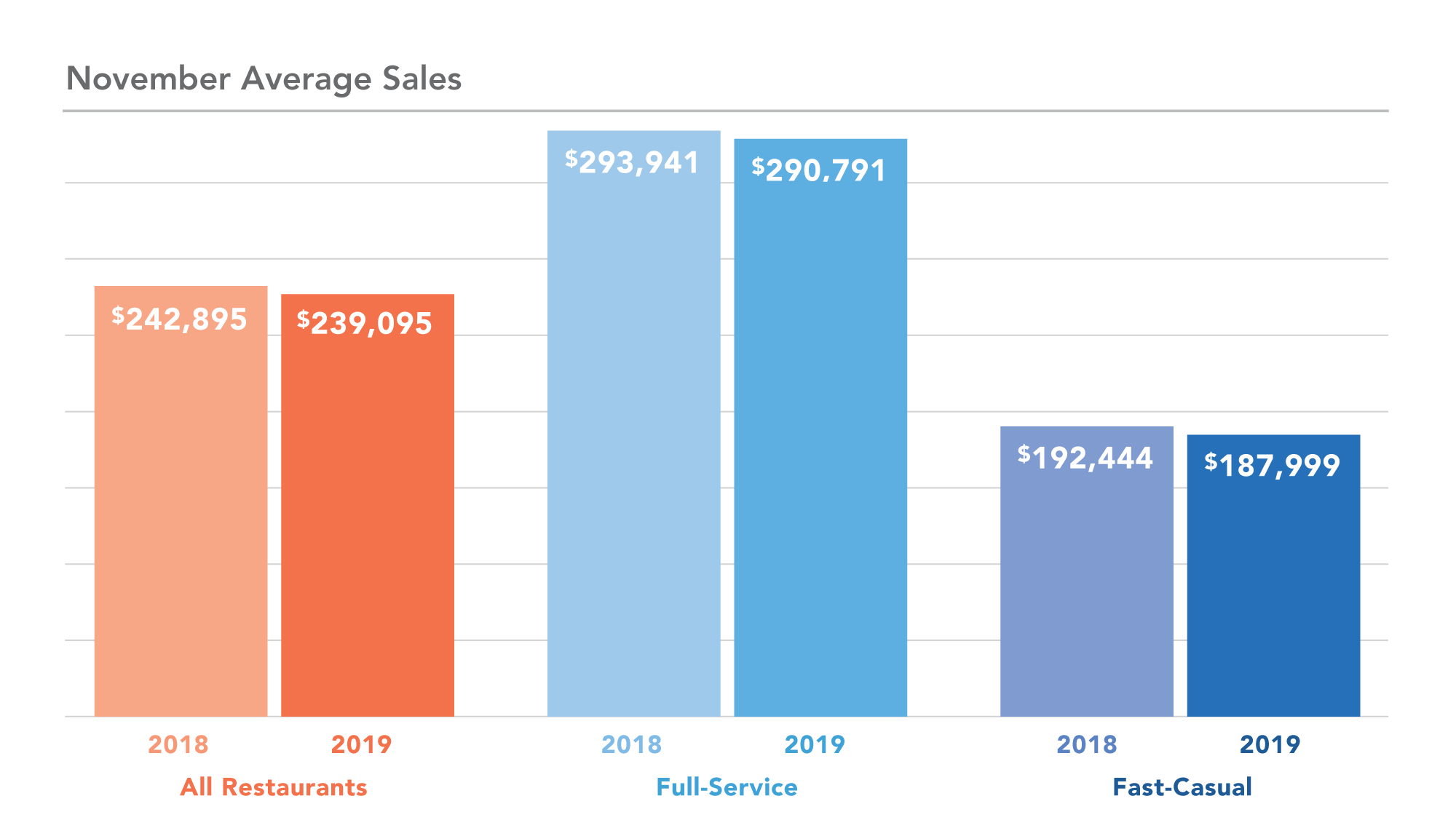